With these recent improvements and renovations, our more-than-100 employees and managers have come to the proud realization that over 20 years of commitment to our projects and high-quality customer service standards and delivery have served to build us a strong and trustworthy reputation in the province of Quebec.

In 2008, Acier Select expanded its production capacities by adding 14,300 sq.ft. of manufacturing floor space. The company also acquired high-tech equipment such as a brand new Drill Line. After years of continuous growth, these important investments led to us securing significantly substantial contracts.

Mindset on remaining industry leaders, we went along and acquired an Angle Master in 2010, improving our production of auxiliary components.

2011 saw our cofounder, Jean-Paul Roy, retire after leading operations for 14 years. He passed along the torch to our current president, Sylvain Benjamin, and vice-president, Mario Lavoie.

Focused on constantly improving product quality, in 2011, Acier Select incorporated a Shot Blast to the assembly line, giving projects the added value of high-quality finishing. We also seized the opportunity to revise our assembly line, and have since grown our production capacities, from 200 tons to 250 tons weekly.

Adding an automated plasma cutting system to our operations in 2013 helped us expand our reach further by improving our manufacturing precision and by reducing execution times.

In 2016, our head of management began a progressive process to transfer responsibility onto a new generation of corporate leaders, ensuring the company’s longevity and solidifying the promise of our prosper future.

At our 20th anniversary in 2017, Acier Select proudly celebrated its office and factory expansions. As a matter of fact, a second story was added to existing offices, extending floor space for various departments and creating new space to welcome a brand new drawing department. By adding a 60-ton-production-capacity section to our factory, we have increased our production capacity and explored new industry markets. 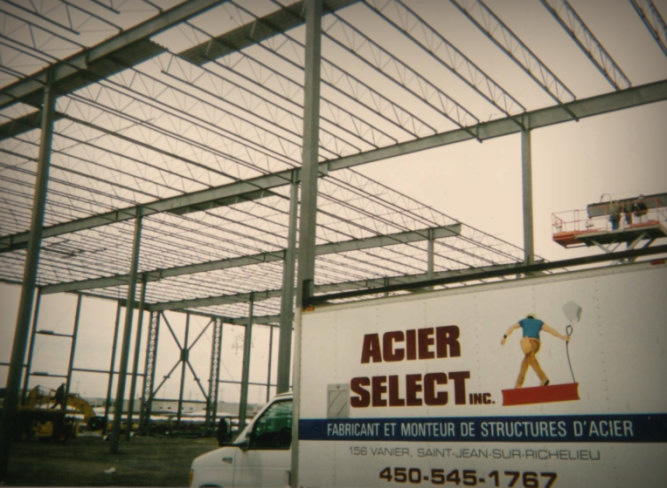 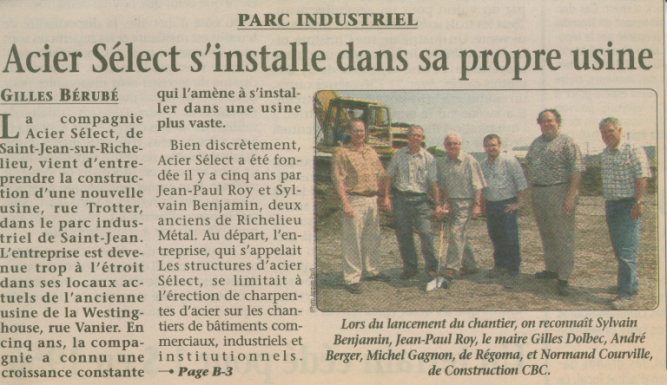 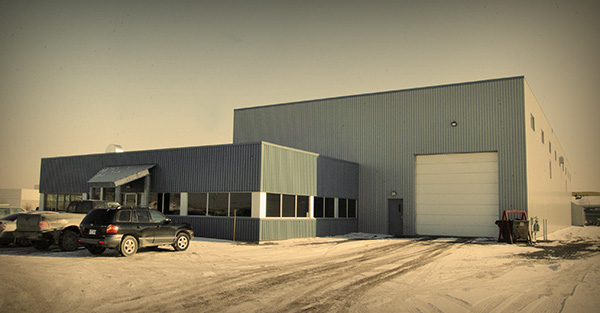 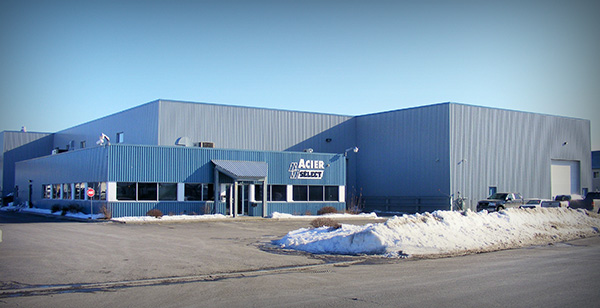 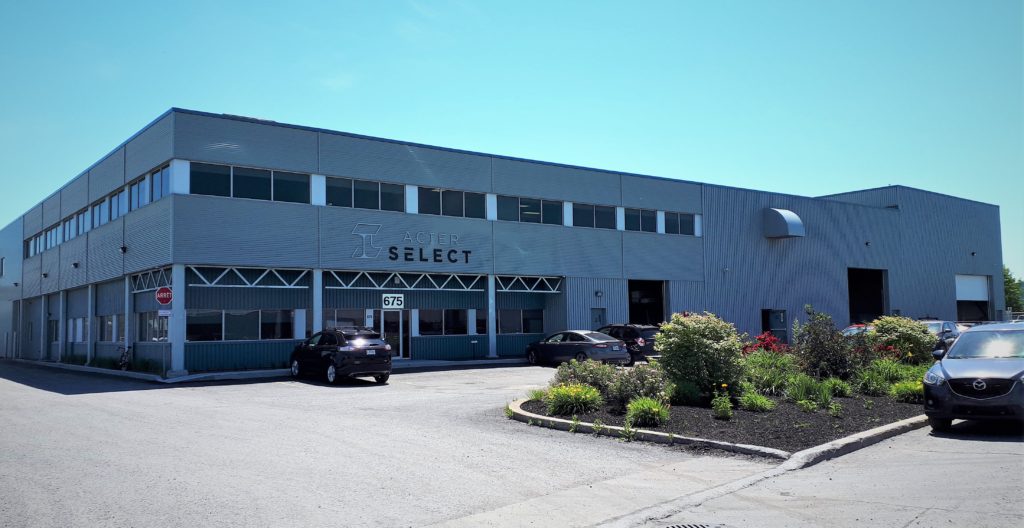 At Acier Select, we make it our priority to offer high-quality-made products while also respecting our commitments and striving to pre-empt our deadlines.

Beyond our expertise in manufacturing and installing steel structure, we are foremost a diverse team of passionate workers. Our departments work in close proximity. Our team makes us proud to say our force resides in our proactive management of our clients’ challenges and in the teamwork we put forward to achieve our goals. 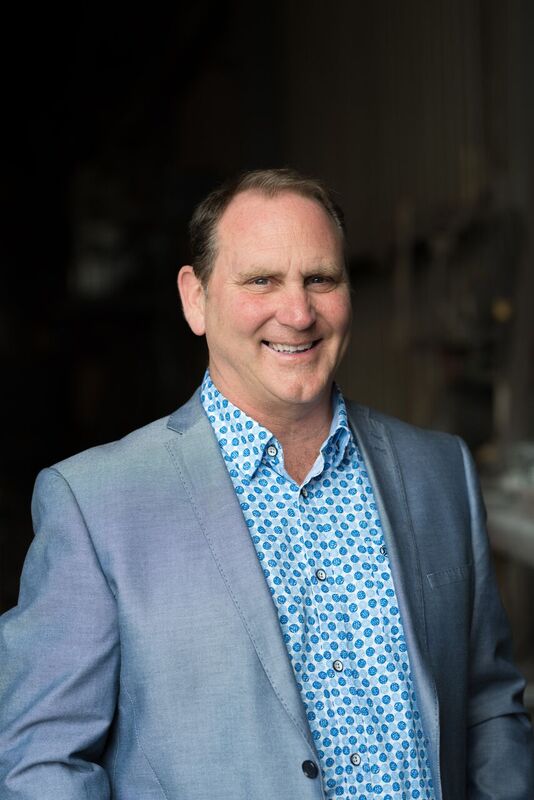 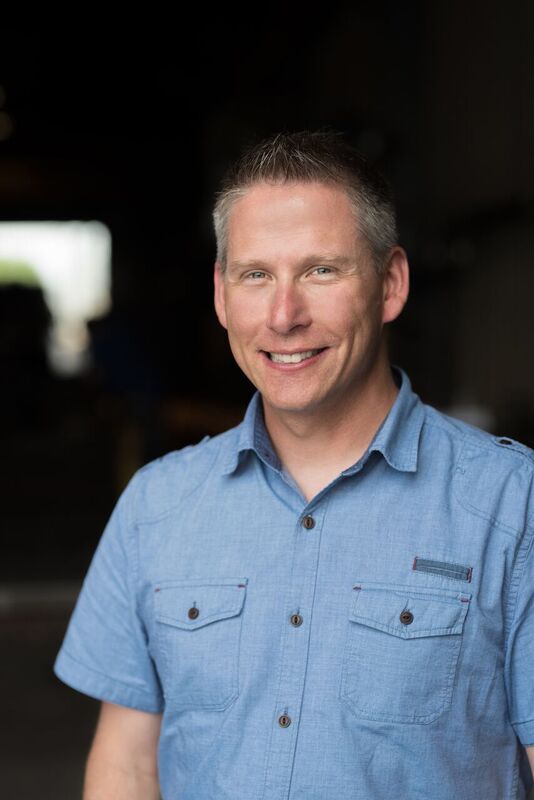 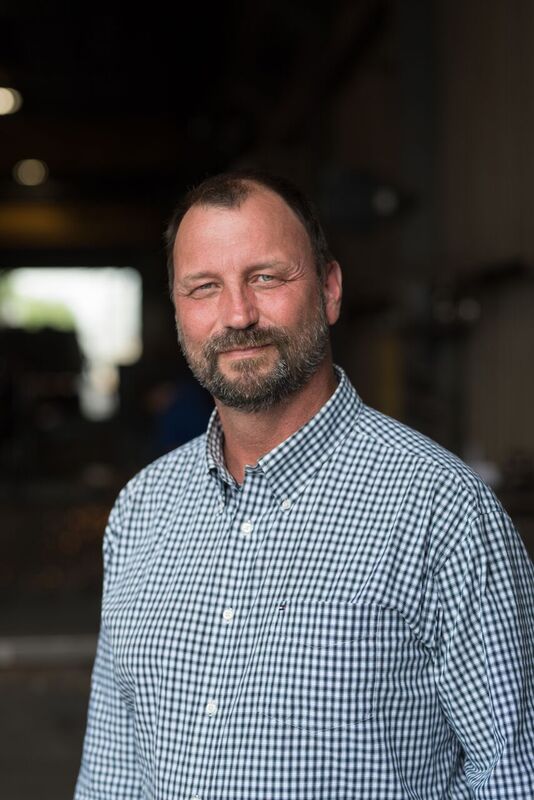 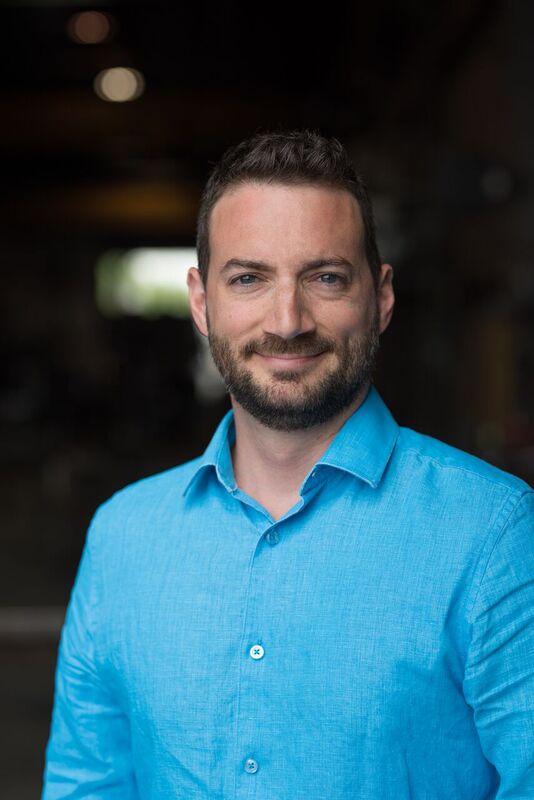 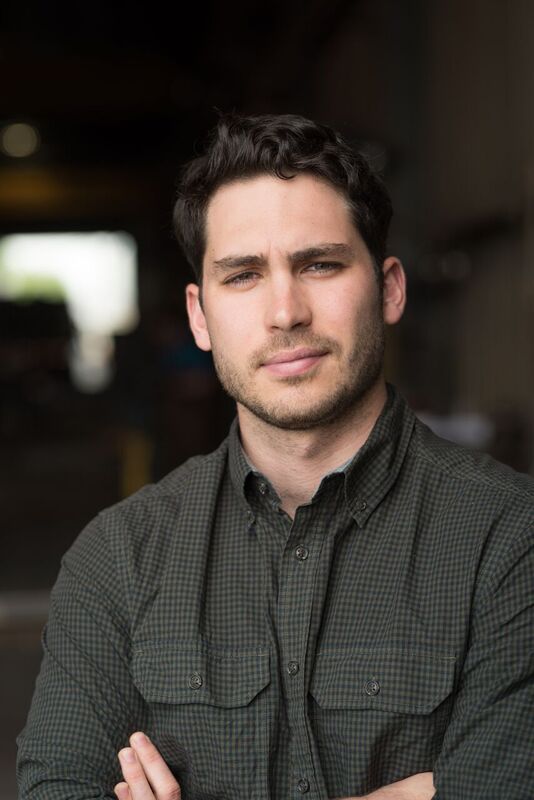